June is always an exciting month because each year BP releases their "statistical review of world energy" around this time. The BP Statistical Review is one of three important public sources of global oil production data. The other two are the IEA Oil Market Report and the EIA International Energy Statistics report.

From a peak oil perspective, the big news out of BP's report is that we have not yet reached peak oil. Global oil production rose from 86.2 million barrels per day to 86.8 million barrels per day between 2012 and 2013. This gain, however, was a paltry 0.65% increase. If you chart the year-over-year change in global oil production for the past 50 years, you see it has been falling continuously since the 1960's. When you add a logarithmic trendline you see that it is approaching zero. 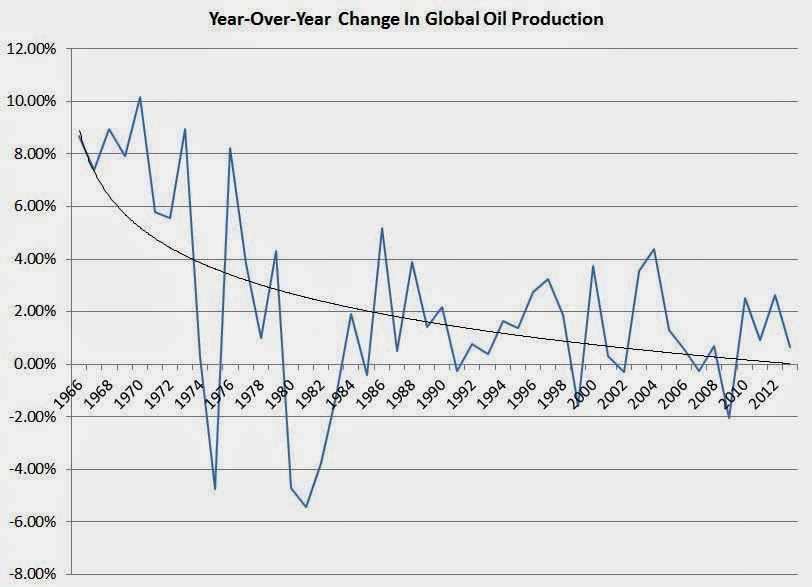 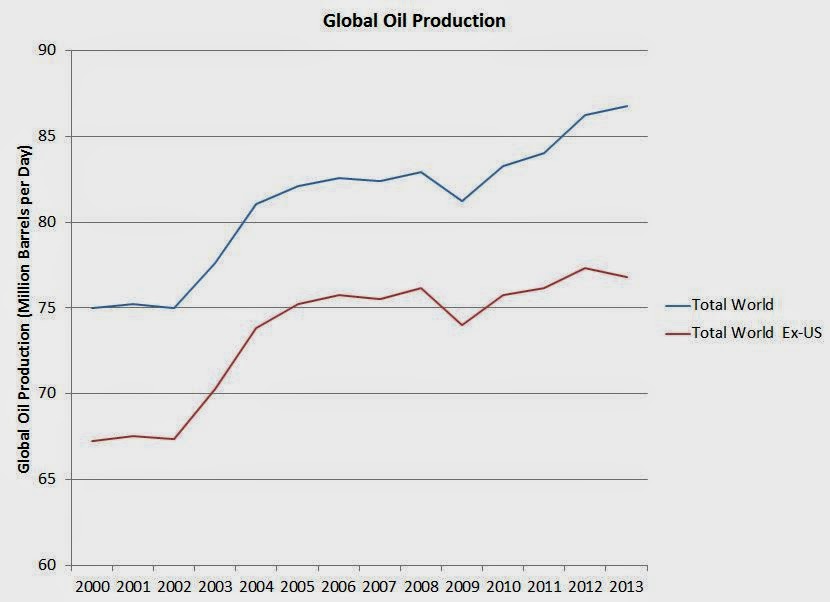 Indeed, when you add up all of the production from every country on earth except for the United States, we have been on a "bumpy plateau" of production since 2005. 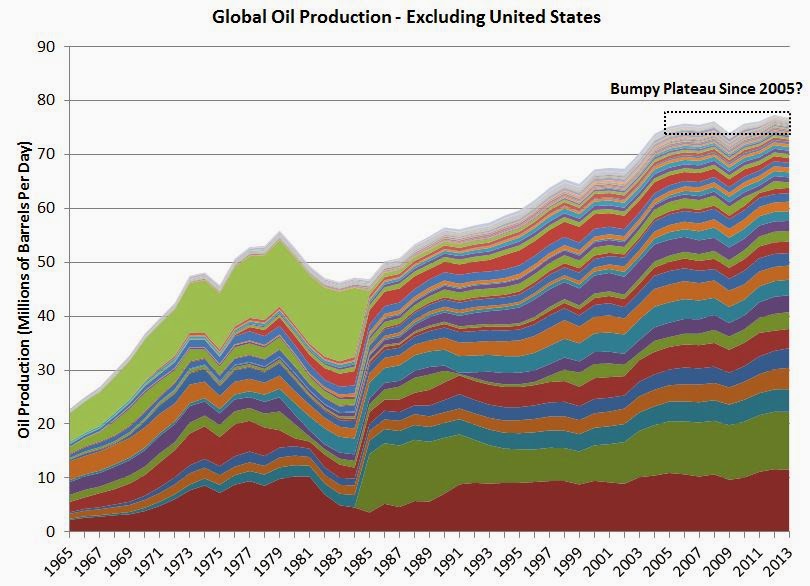 Which leads us to the question: can the US continue to increase production and stave off global peak oil? The answer, at least according to the EIA, is no. The EIA recently released a forecast showing US shale oil production peaking in 2020. 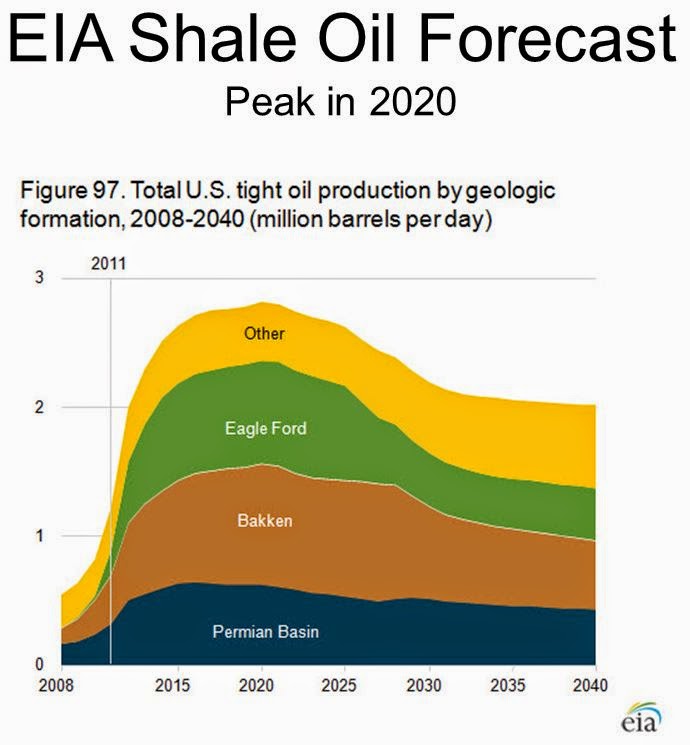 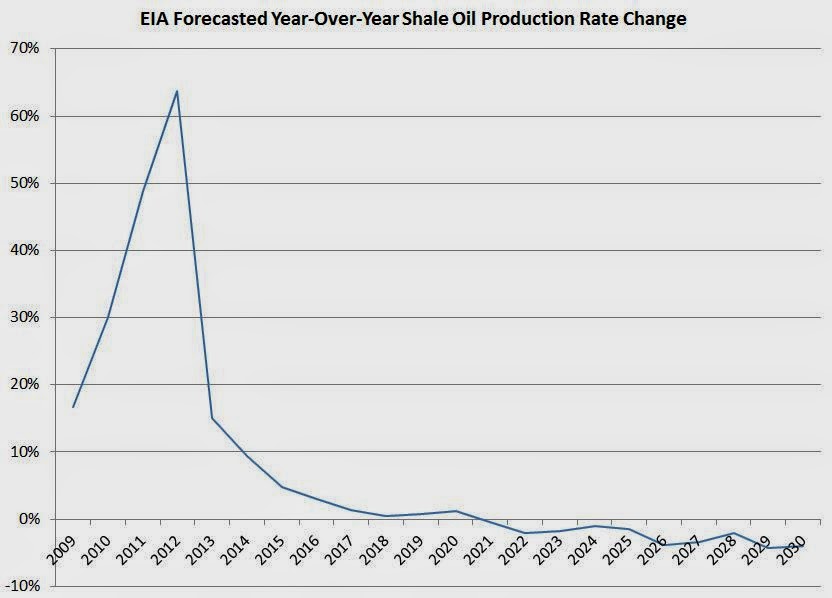 While the date of peak oil is important, the date of "peak oil exports" is perhaps more important. The economies of countries like the US and China are extremely dependent on the world oil export market. Likewise, the price of crude oil is set by the world oil export market. When we look at BP's data, we see that global net oil exports peaked in 2006 and have declined 3.5% since. This is mainly due to oil export cannibalization by oil producing countries. As oil exporting countries become wealthier, many begin to develop economies that demand more and more of their own oil production. When this increased internal demand is combined with declining production, we see declining net oil exports. For example, since 2006 Norway's net oil exports fell 37%, Mexico's fell 49% and Denmark's fell 88%. Production increases in countries like Russia and Iraq were not sufficient to increase total world net oil exports. If this trend continues, we could see oil prices continue to rise. 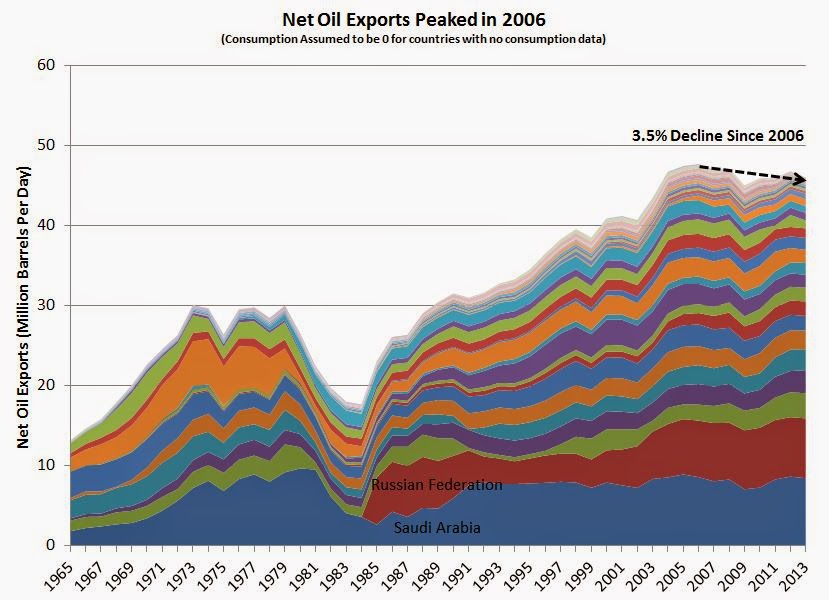 We may not be at peak oil yet, but the alarm bells are certainly ringing.
Posted by Will Martin at 10:34 AM