In this video I compare the total cost of ownership between an electric car (the Nissan Leaf) powered by rooftop solar panels and an equivalent gasoline car (the Nissan Versa Note). I find that the solar-powered electric car will become cheaper than the equivalent gasoline powered car over the next 5 years. I put the model on Github for anyone who wants to play around with the assumptions: https://github.com/willmartindotcom/peakoilproof.com 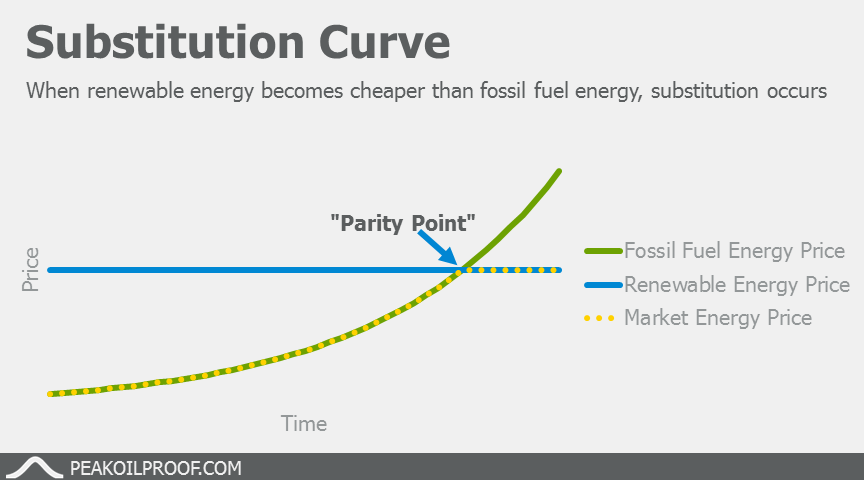 Solar-powered electric cars are far better for the environment than gasoline-powered cars, both for air quality and for climate change. 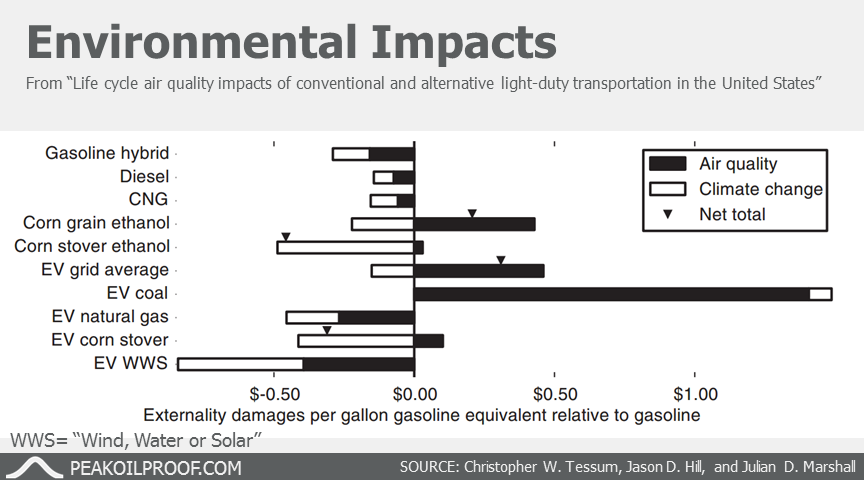 Rooftop solar prices are expected to continue to decline: 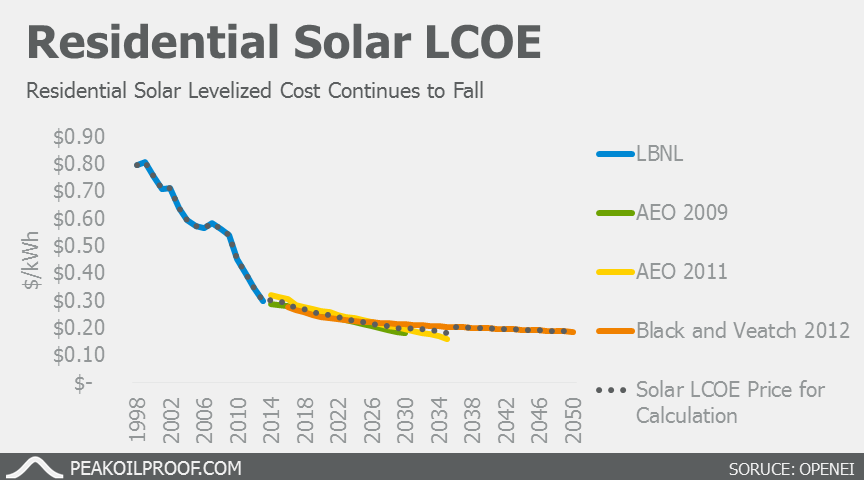 Gasoline prices are expected to continue to rise: 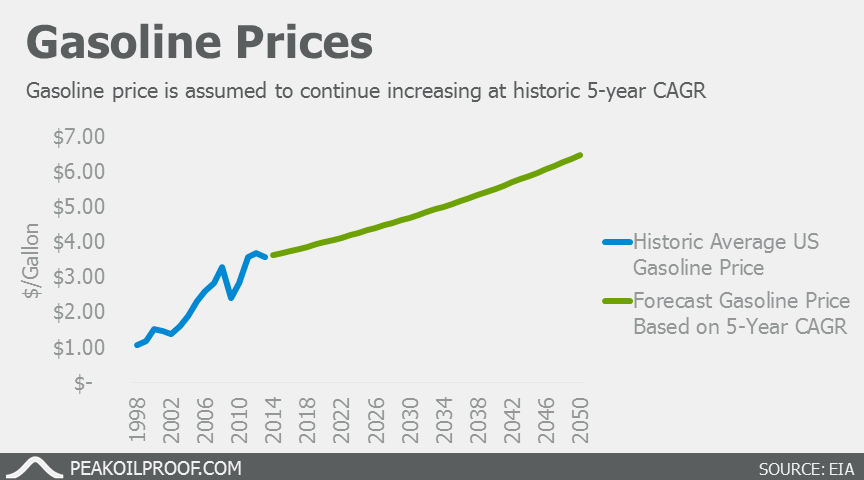 In 2012 it became cheaper to drive an electric car with rooftop solar than to drive a gasoline powered car. 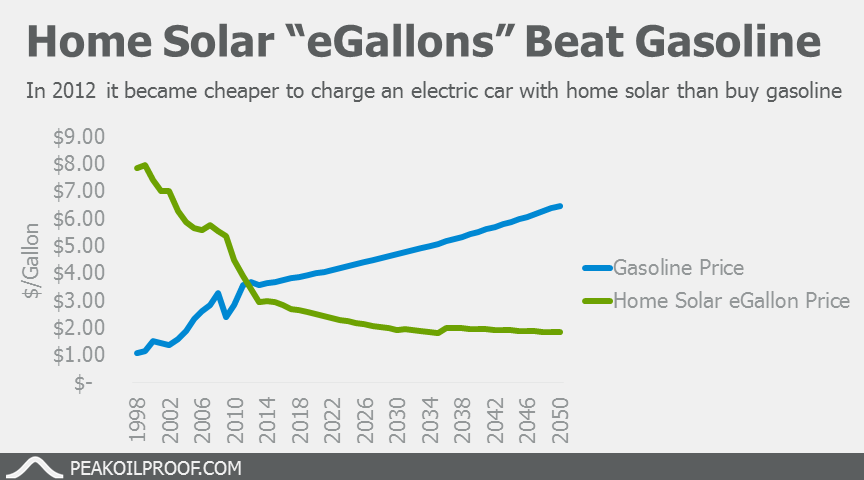 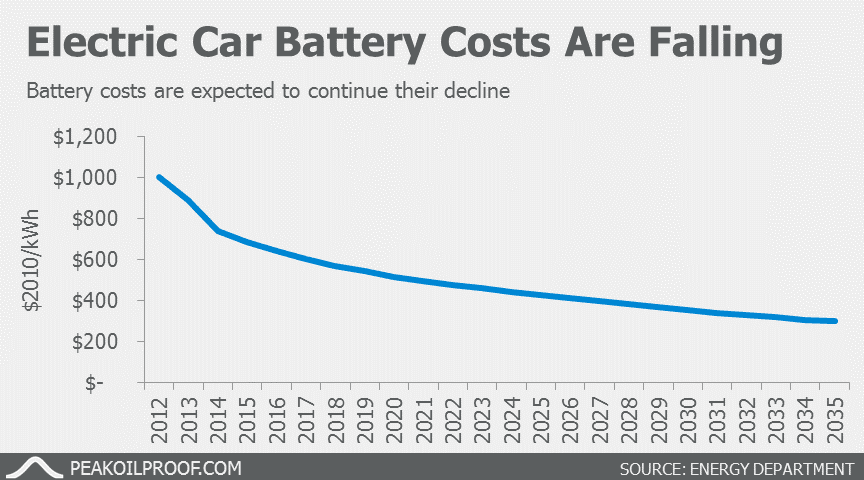 The total cost of ownership of a gasoline powered car will likely continue to rise: 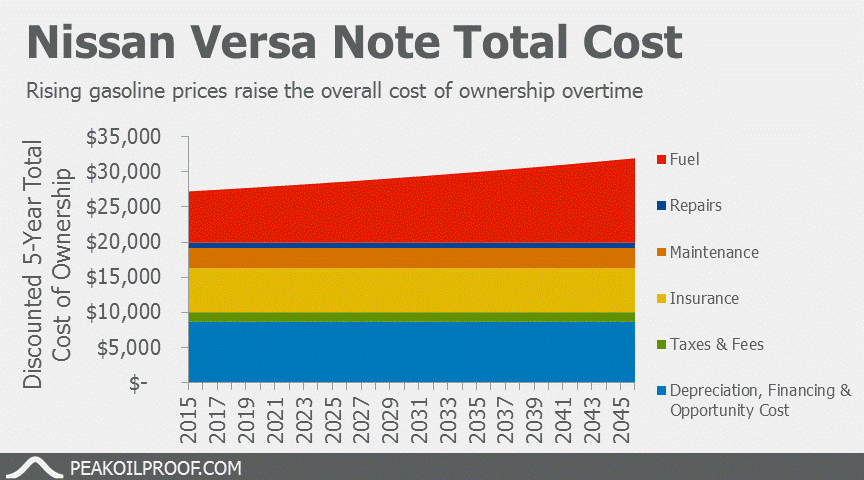 The total cost of ownership of a solar-powered electric car will likely continue to fall: 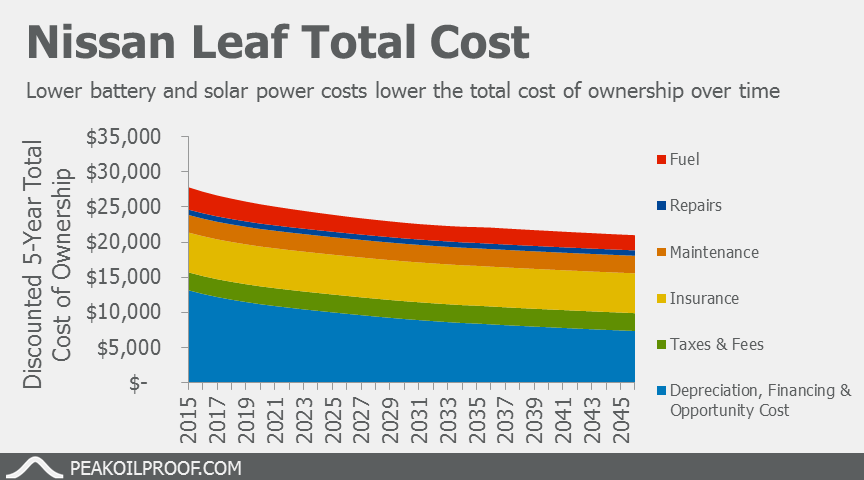